On 23 April 2022 a new Entered Apprentice, Brother Tim Jordan (3rd from Left), took his place next to the Master of Innsworth Lodge (W.Bro. Nic Brindle) for his first Festive Board in the Gloucester Masonic Hall.  The Lodge members were… 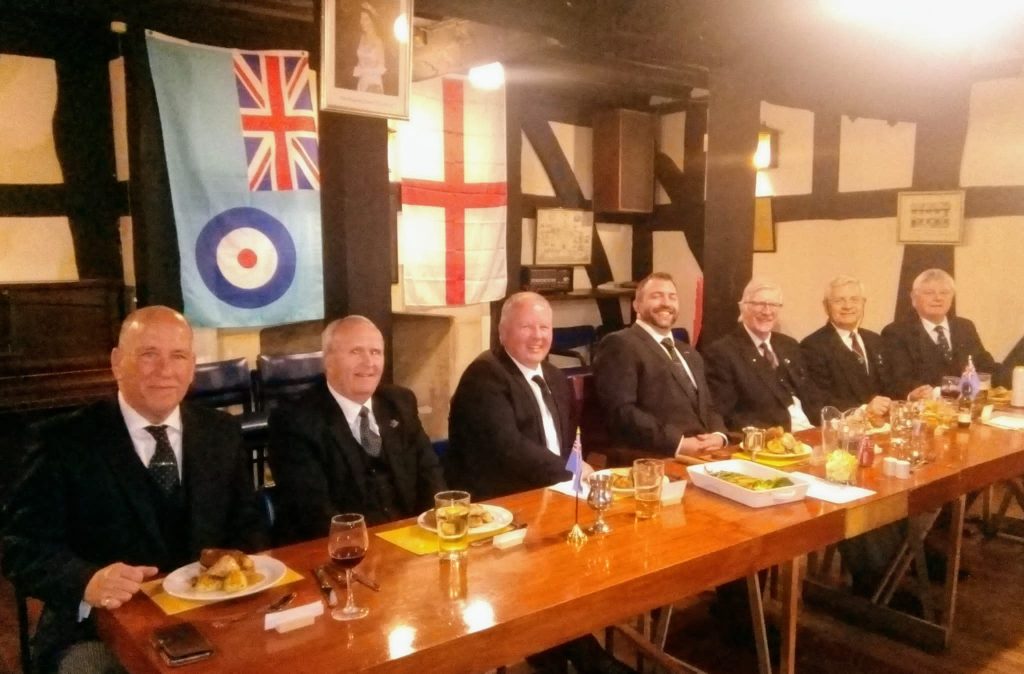 In the present global situation, like all other Lodges in England, Innsworth Lodge has not been able to meet for over a year. The 27th of February 2021 was the anniversary of their last Meeting and the long-serving Master, Bryan Roberts, decided that it… 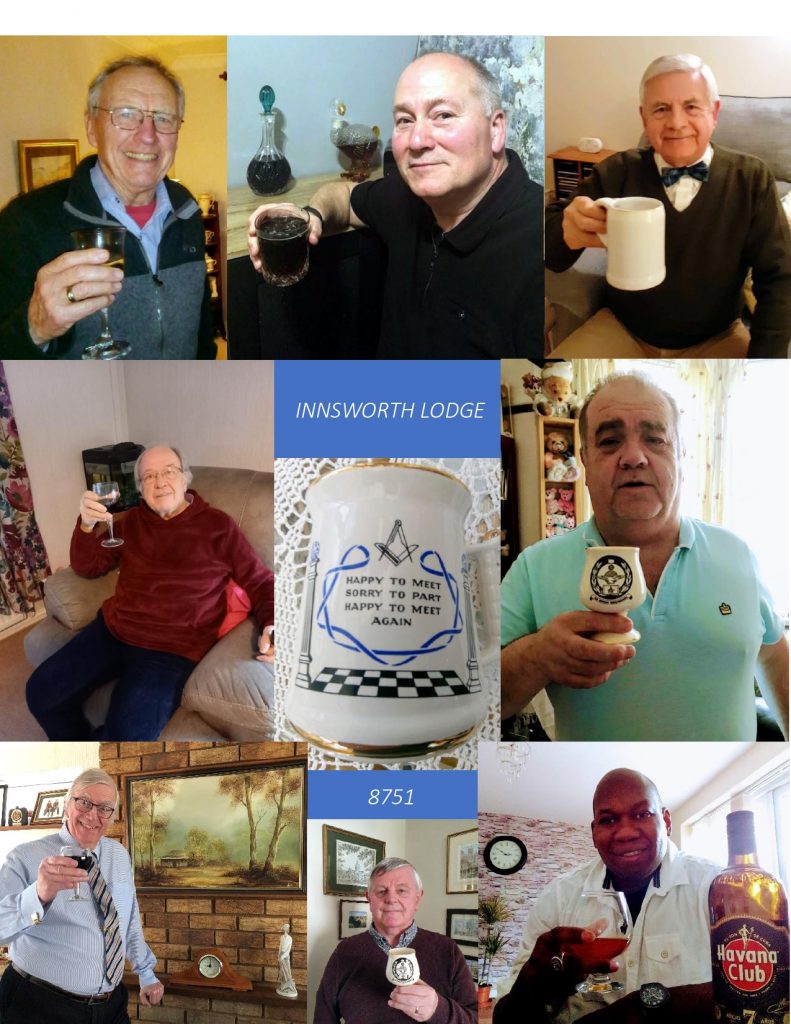 The Second Lockdown in England for Covid 19 meant that the Innsworth Lodge (8751) Meeting on the 28th of November 2020 had to be cancelled, as had all other Lodge Meetings. UGLE has suspended all Masonic activities in England until… 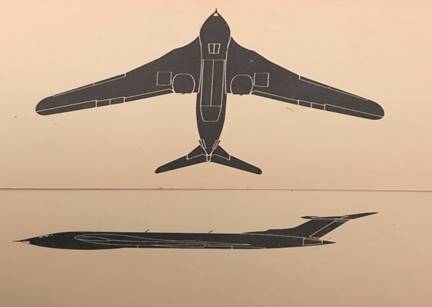 September 2020 marks the 80th Anniversary of the Battle of Britain, and Innsworth Lodge (8751), which was founded as a Royal Air Force Lodge, has marked this notable Anniversary despite the limitations of Covid 19, which have forced the cancellation of… 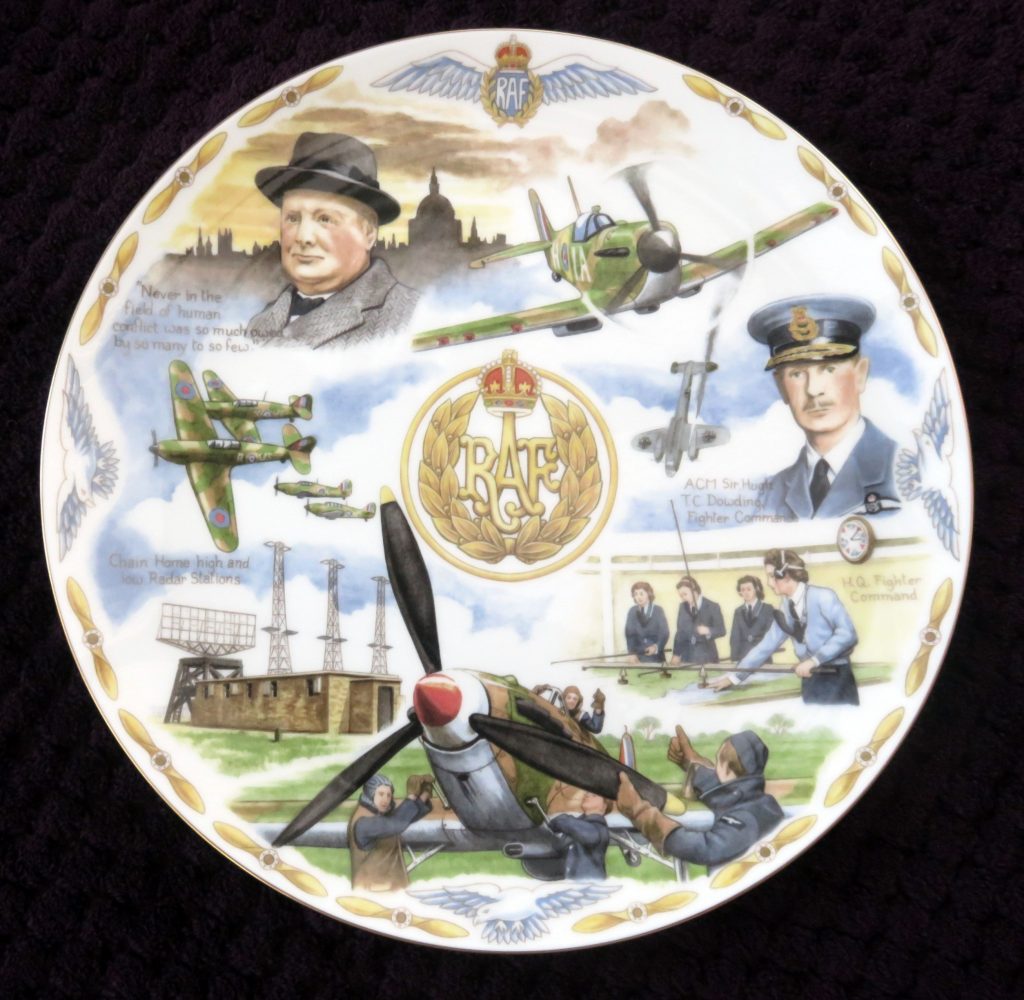 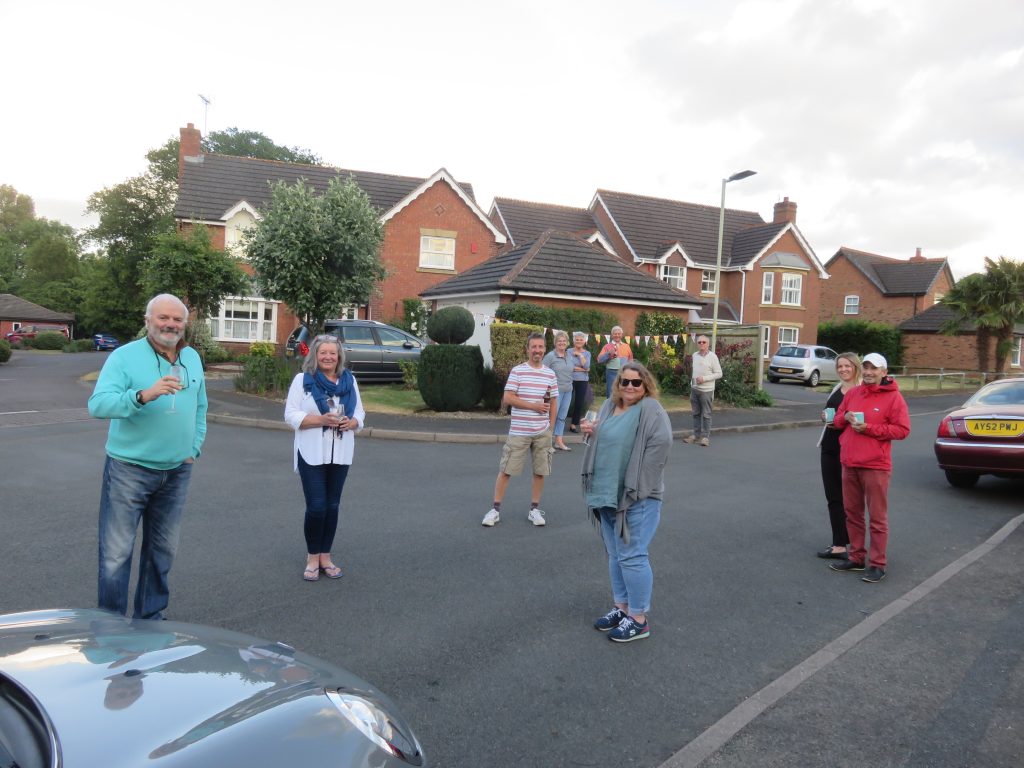 First and the Last?…… 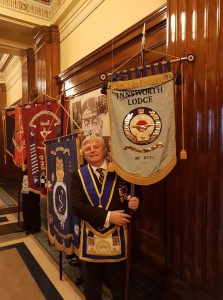 vestibule of Freemason’s Hall, London, waiting to parade the Innsworth Lodge Banner into the majestic, filled- to- capacity Grand Temple. The occasion was the Armistice Centenary Meeting of Victoria Rifles Lodge No 822 held on 10 November to coincide with the ending of the First World War 100 years earlier. Victoria Rifles is the Installed Masters’ Lodge of the Circuit of Service Lodges and for this special day had extended an invitation to over 1,600 masons drawn from its constituent service Lodges and the Masters of Hall Stone Lodges to join them for this unique Installation meeting. The Pro Grand Master and several Provincial/District Grand Masters were also in attendence. 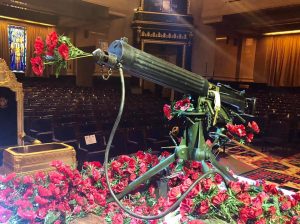 Following a procession of the 37 Circuit of Service Lodge Banners into the Grand Temple, the short formal meeting commenced with a simple proclaimation of the incumbent Master and current officers – all dressed in WW1 uniforms – as remaining in office for a further year. Then followed a commemoration of the ending of the Great War with Simon Callow as compere and featuring songs from the trenches, a sound and light display together with readings from letters and poems of the era. This was followed by the Act of Remembrance and a very moving silent recession where every brother laid a poppy on the centrepiece – a Vickers water cooled .303 machine gun symbolising the moment the guns fell silent.

Speaking of the days events, WBro David Wood a veteran of the Royal Artillery and who was representing Innsworth Lodge’s Master said ‘I was moved by the emotion of the event and dignity shown by everyone present. I am proud to have had the opportunity to represent Innsworth on this unique, never to be repeated day in masonry’. His dad, WBro Fred Wood himself an Intelligence Corps veteran, was equally proud to be carrying the lodge banner. He added ‘As I waited at the door going through my mind was that this is the first and most likely the only time that the Innsworth Lodge Banner is processed into the Grand Temple at Freemasons’ Hall and how lucky I am doing so on this special day and into what is our masonic monument of remembrance to the Great War’s fallen’. Innsworth Brethren felt privileged to be present and share with other service brethen this never to be forgotten poignant homage to the fallen. We shall remember them. 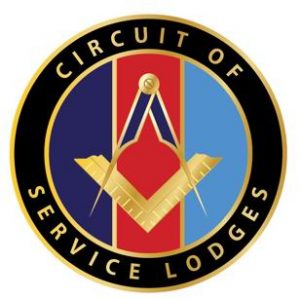