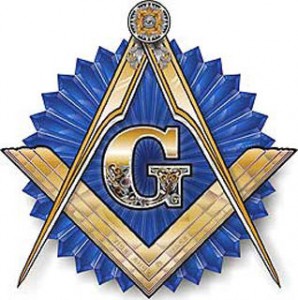 Freemasonry is a society of men concerned with moral and spiritual values. Its values are taught using rituals (dating back more than 200 years) similar to morality plays, which are learned by heart and performed in our meetings. The symbolism is based on the stonemason’s customs and tools.

Freemasonry promotes values such as honesty and fairness, care for others and respect for the law of the land. A belief in a “Supreme Being” is an essential qualification for candidates, i.e. members from all religions are welcomed, but all religious topics are forbidden in Lodge and our social gatherings in the interest of harmony. Charity, i.e. “being in charity with all men”, is at the heart of our activities. Our members care for and support masons and non-masons less fortunate and in need: the funds for this are raised entirely from members and their families and friends, not the general public. Lodges and individual members also contribute to national and local charities and many participate actively in community projects.

Stonemasons, as far back as we can trace to the middle ages, formed themselves into Lodges which travelled around the country working on major projects such as churches, country houses and cathedrals. Masons’ identifying marks have been found on stones in many such old buildings, including Gloucester Cathedral. The Lodges taught apprentices and guarded their trade secrets by signs and passwords. The Lodge was the building which they erected to live in, store and maintain their tools, and perform their training.

From early records we learn that their traditions included looking after their dependants and helping other masons find work or providing food, shelter and money to assist them on their way. They also taught the importance of high standards of morality in personal and business life together with respect for the laws of the land and a reverence for the “Great Architect of the Universe”. These, and other traditions and customs set them apart from trade Guilds and Friendly Societies.

Probably around the early 1700’s Lodges became static with fewer members as fewer grand buildings were required. Non-stonemasons, supporting the same principles were admitted, and many learned men became “speculative” masons popularising the Craft which spread quickly within Britain and the rest of the world. Today there are more than 250,000 Freemasons in over 8,000 Lodges registered by United Grand Lodge.

Most countries of the world now have their own Grand Lodges (the USA has many Grand Lodges based on states and cities). Those holding the same principles are affiliated to our United Grand Lodge and inter-visiting is actively encouraged.

Nine other Lodges were formed in Gloucestershire, or moved here, between 1785 and 1822, meeting at public houses like their predecessors. Only three of these are still in existence: Foundation Lodge No. 82 and Royal Union Lodge No. 246 at Cheltenham and Royal Lodge of Faith and Friendship No. 218 at Berkeley.

The Masonic Hall at Portland Street in Cheltenham, one of the oldest surviving purpose-built masonic buildings,now has listed building status. It was funded by members of 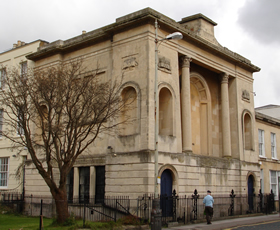 Foundation Lodge No. 82 buying £25 shares and the first meeting was held on 5th November 1823 (only 13 members and two visitors were present). Now, like Gloucester and other centres hosting a number of Lodges, ownership is vested in a Masonic Association in which every member meeting there has an equal share.

There are now more than 3,000 Freemasons meeting in 80 Lodges in the province. There are 17 Masonic centres with one or more Lodges meeting at each. These are at: Avonmouth, Berkeley, Cheltenham, Chipping Campden, Chipping Sodbury, Cirencester, Coleford, Downend, Dursley, Gloucester, Lydney, Newnham on Severn, Stapleton, Stow on the Wold, Stroud, Tewkesbury and Wotton under Edge.

The first Provincial Grand Master (PGM), Robert de Cornwall was appointed in 1753 serving until his death in 1756. He was MP for Leominster and was also responsible for Bristol, Worcestershire and Herefordshire. There is no record of any contact between him and Lodges 171 and 177!

Thomas Dunckerley was appointed PGM for Bristol and Gloucestershire from1784 until his death in 1799. He petitioned for Gloucestershire to become a separate Province in 1786.

The 6th Duke of Beaufort served as PGM from 1799 until 1818, but little was done until he appointed an energetic Deputy, Thomas Quarrington, in 1818. When they retired at the same time there were still only 5 Lodges in the province.

From 1856 until 1880 the Hon. J.H.L Dutton, 3rd Lord Sherborne was PGM. Freemasonry was spreading faster and now there were 14 Lodges in the province with 635 members. In 1866 Freemasons in the province raised £1,100 to pay for the reredos in Gloucester Cathedral and in 1890 paid for it to be gilded and painted.