The annual convocation of the Gloucestershire & Herefordshire Provincial Grand Chapter drew a high Innsworth attendance and for good reason. Despite heavy rain and flooded roads, a good number of Innsworth RA masons were at Pitville School on Saturday 19th July to see several of its members receive honours from the ME Grand Superintendent, E Comp Graham King.

Another treat was, of course, seeing our 2nd Principal, E Comp Ray Bennett, installed as the new Deputy Grand Superintendent. Innsworth offers its heartfelt congratulations to Ray we look forward to him moving to the 1st Principal’s chair at our installation in October. 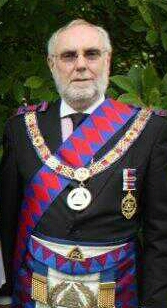