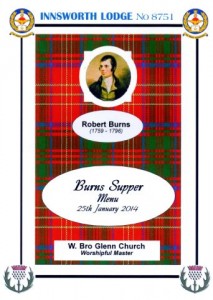 On 25 January 2014, Innsworth Lodge celebrated Burns Night with their Ladies and Guests, at a Burns Supper in the Masonic Hall, Gloucester. 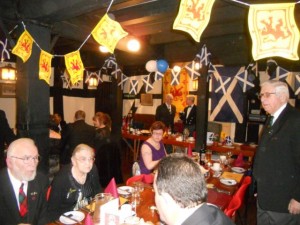 The Hall was suitably decorated with Caledonian flags, bunting and balloons, and a total of 72 celebrated the iconic Scottish poet’s birthday in style. 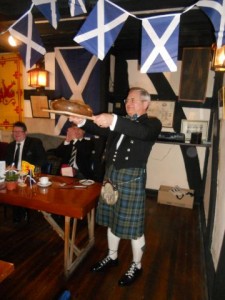 The Address to the Haggis was delivered in due form by W.Bro. Bill Beedie, and was happily consumed by the assembled crowd. 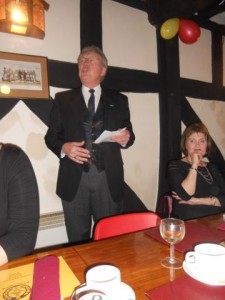 The “Toast tae the Lassies” was proposed by W.Bro Tom Robson, and eagerly taken up by the gentlemen present. 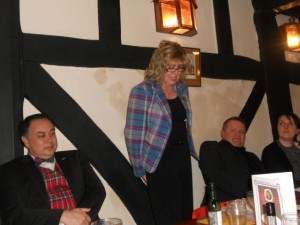 The “Reply frae the Lassies” was delivered by Fran Isaac in fine style.

All the Lassies were given a commemorative Burns Bookmark, and these and the Menus were all produced by Hilary Robson.

The evening was declared a “Bonnie Wee Success” by all present, and the raffle and other donations raised a total of £300 for the Freemasons Grand Charity.