The Royal Hospital Chelsea (RHC) was founded by King Charles II in 1682 as a retreat for veterans of the regular army who had become unfit for duty, either after 20 years service or as a result of wounds.  The building was designed by Sir Christopher Wren, who was a freemason.  It was completed in William and Mary’s reign and taken into use in 1692.  The estate comprises 68 acres of prime land in the centre of London and its current value is unbelievable!

On Tuesday 3 September 2013, three Brethren of Innsworth Lodge joined a Guided Tour of the Royal Hospital Chelsea organised by the Gloucestershire Masonic Society.  W.Bros Brian Ashworh, Bill Beedie and Tom Robson, and their ladies, joined approximately 34 other members of the Society and their guests, and travelled by coach from Stroud to Chelsea.  After a pre-booked lunch in the Royal Hospital restaurant, the Masonic group were taken on a tour of the RHC and the Wren Chapel by W.Bro Michael Allen LGR, who is in fact one of the men in red – a Chelsea pensioner.  Michael gave a terrific tour, laced with anecdotes and historical detail, and he had also managed to get authority to take the group into the State Apartments, which are not usually accessible by the public.   The following few photos of the visit will give an idea of how impressive the RHC is. 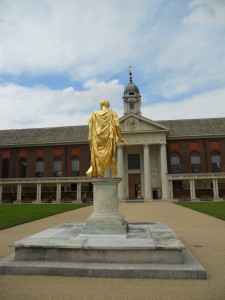 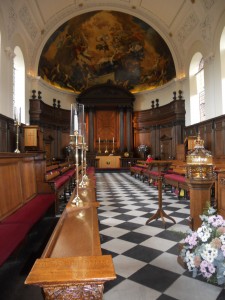 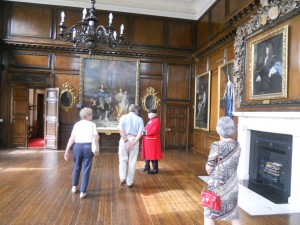 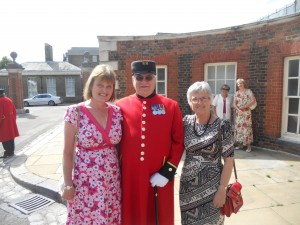 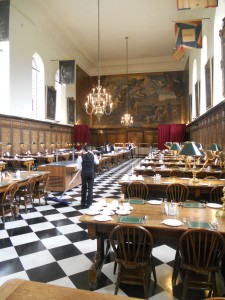 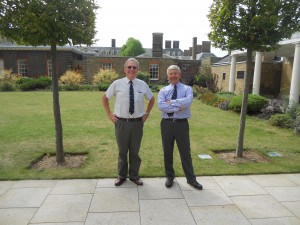 The Gloucester Masonic Society is a small but growing Society with nearly 100 members.  The annual subscription is £5 and Brethren interested in joining the Society may obtain information and an application form from any of the Brethren who went on the tour of RHC.