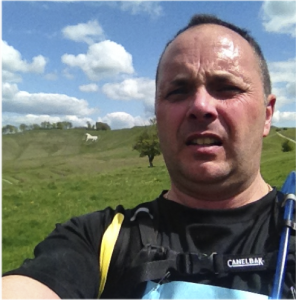 On Saturday 12th May 2012, WBro Glenn Church completed the punishing 33 mile Marlborough Downs Challenge in aid of Josies’ Dragonfly Trust, a charity which was set up to give help and support to children diagnosed with terminal cancer.

Glenn has previously run a number of 10k and 1/2 marathon cross country runs just for fun but decided to push beyond his comfort zone and attempt this Ultra Race distance over hilly but beautiful countryside.

Glenn said about the race “After completing in a time of 7hr 42 minutes the result wasn’t as quick as I would have liked but that has just sparked the mind set of next time I will go faster or further. Everything went well up to Marathon distance but the last seven miles over hilly terrain was very tough, oddly though it was still fun”.

Glenn would like to thank everyone who donated to the charity bringing his total raised to just under £1,000.00.