Innsworth Lodge No 8751 was founded around serving or retired members of the RAF and W.Bro Bill Beedie and W.Bro Tom Robson (both retired RAF officers) decided that, as May 2013 is the 70th Anniversary of the raid on the Ruhr dams, (Mohne, Eder and Sorpe) by the RAF Lancasters of 617 Squadron, they would make a pilgrimage to a number of sites in Germany and Poland to honour the commitment and spirit of the RAF in WWII.   Bill and Tom, with their wives Dorothy and Hilary, travelled to the Mohne and Eder dams, Colditz Castle (Oflag 4C), Dresden, Stalag Luft 3 (Zagan, Poland), Berlin and Arnhem, and paid respects to RAF personnel in Commonwealth War Cemeteries by planting Royal British Legion crosses on behalf of Innsworth Lodge 8751. 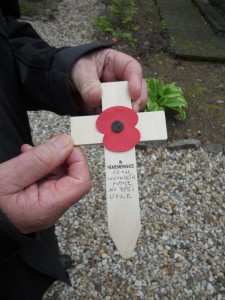 During the visit to Stalag Luft 3, in Zagan, Poland, a brief memorial service was held  for the 50 officers murdered after the Great Escape. 10 people, including W.Bros Bill and Tom, read 5 names each. W.Bro Tom was very moved to be allocated the first 5 names, which included Sqn Ldr Roger Bushell, the instigator and planner of the Great Escape, as he had met Bushell’s mother in Hermanus, South Africa, in 1961. Mrs Bushell had told him that, on the night that Roger was shot by the Gestapo, she had woken up and said to her husband, “Something has happened to Roger!”  She had shown him the corner of her lounge where there were photos and items of memorabilia of her son. 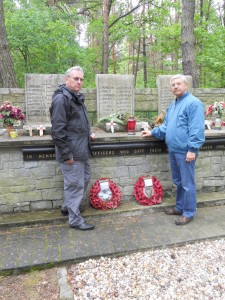 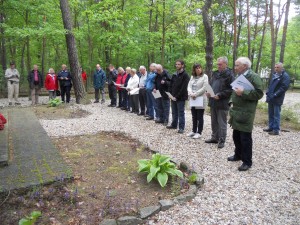 Overall, the trip lasted 8 days, and the two brethren of Innsworth Lodge visited several sites, some of which they had only read about in their youth, in books such as The Dam Busters, The Colditz Story and The Great Escape.

During WWII, 55,573 young men died flying with Bomber Command. Most of those who flew were very young; the great majority still in their late teens.  Crews came from across the globe – from the UK, Canada, Australia, New Zealand, Southern Rhodesia and all corners of the Commonwealth, as well as from occupied nations.  As members of a Lodge with RAF associations, W.Bros Bill Beedie and Tom Robson are proud to have paid tribute, on behalf of their Lodge, to the bravery and dedication of these young men; to honour the commitment and spirit of the RAF in WWII..  They and their wives found the experience both meaningful and moving. 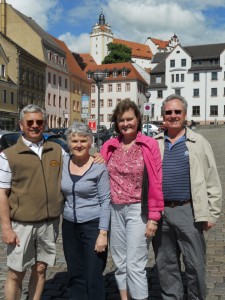