Innsworth Lodge was well represented at the May Hill Lodge garden party on 10 July.

Bro David Reeves-James, as well as being the Innsworth Lodge Organist, is a member (and Organist) of May Hill Lodge (8056) and he invited several members of Innsworth Lodge to join him at the function at Sunnymeade, May Hill.

The guests enjoyed a welcoming drink (and brought their own as required!), a full premiere buffet, a Quiz (organised by Bro David Reeves-James) and a Raffle in aid of the Pied Piper Appeal, the James Hopkins Trust and the Provincial 2018 Festival. The occasional shower was kept at bay by large umbrellas and an ex-military marquee – which housed the Innsworth Lodge party and many others party goers. There was also a fine swimming pool for those who really wanted to get wet!

All declared the friendly and convivial afternoon a great success. £250 was raised for Charity.

A view of the Garden Party 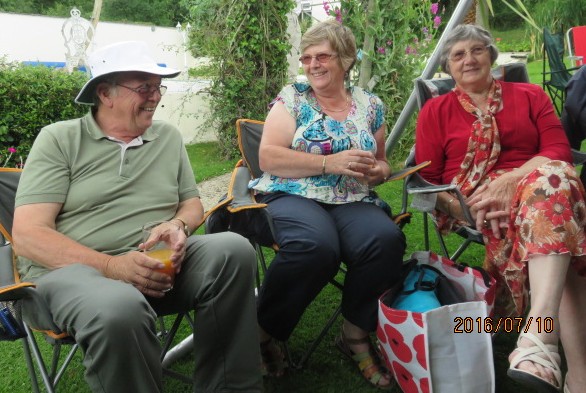 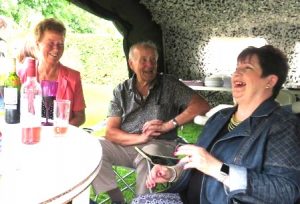 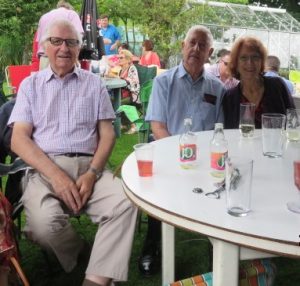 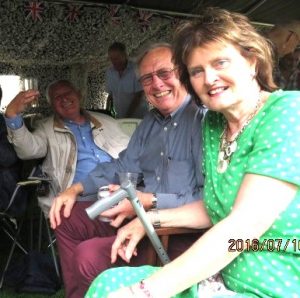 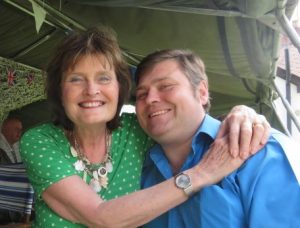